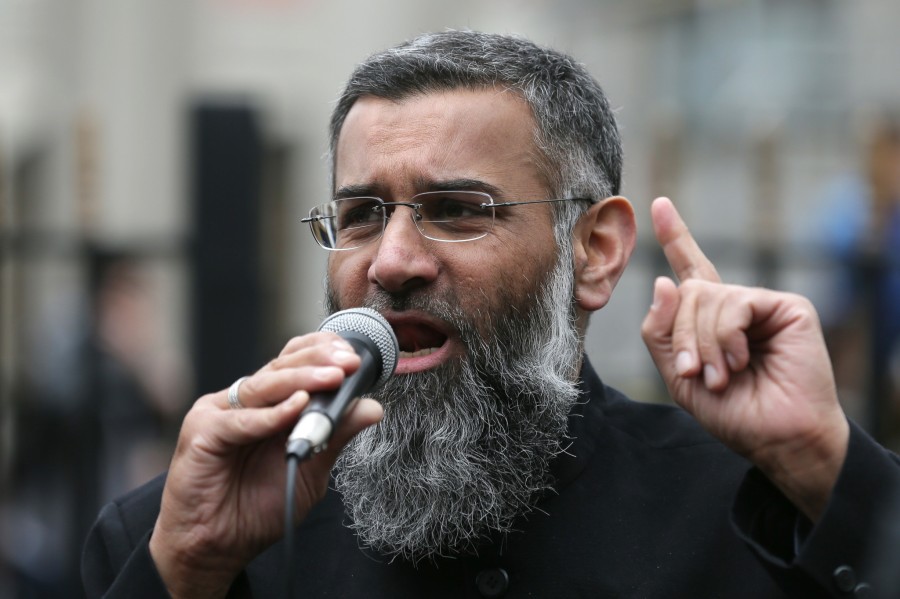 On August 5th, Anjem Choudary was convicted for a terror-related crime and has been sentenced to five and a half years in prison. The reaction to this conviction has been largely positive. Some have been explicit in their endorsement of the decision:

Others have bemoaned how long such a conviction has taken and are calling for further measures in gaining further, similar convictions:

“[The] fact it’s taken so long to convict Choudary is a damning indictment of our seriousness in dealing with Islamist terror.” Stephen Pollard

“Choudary is finally behind bars… But there remain questions over why it took so long to bring a successful prosecution against Choudary.”  Martin Evans, Nicola Harley, Ben Farmer & Ben Riley-Smith (The Telegraph)

However, I maintain that this conviction is one we should be very cautious of celebrating or even seeing as a positive step in the fight against Islamic/Islamist/Jihadist (delete as you see fit) terrorism.

Anjem Choudary is an odious man whose ideas about what constitutes a good society run almost entirely counter to everything western society has been working towards for centuries. Reports on his conviction repeatedly refer to Choudary as “hate preacher”, who espoused an “explicitly violent ideology”. The BBC even went as far as to call him “one of the most dangerous men in Britain.” Crucially however, none of these ascriptions sound like a crime (or at least what should be a crime). In her article, ‘It was Britain’s hopeless tolerance which allowed Anjem Choudary’s hate to thrive’, lamenting the delay in finding Choudary guilty of a crime, Allison Pearson wrote:

“Choudary conducted himself with the cheery, arrogant imperviousness of someone who knows that he can say what he likes, however abhorrent, because he is protected by the supremely tolerant, culturally sensitive nation he plans to destroy.”

I have been similarly agitated by Choudary’s manner when espousing his view of the superiority of his version of Islam over the West. However, post-Charlie Hebdo, the western world rightly attempted to make a principled stand on the value of free speech. Free speech means nothing unless it is also applied to all views “however abhorrent”. It is on this issue that the fallout from this case has been concerning. Labour chair of the Home Affairs Select Committee Keith Vaz described Choudary as having “hidden under the cloak of freedom of speech exercised in a democracy”. Those who engage in terrorism should be prosecuted and dealt with severely. Again, I am open to evidence that Choudary is guilty of this, but if we accept the BBC’s summary that Choudary is, “Not a bomb-maker. Not a facilitator. But an ideologue, a thinker”, his conviction is one we should all be uncomfortable with. To my knowledge, Choudary has not been found guilty for anything he has done, but for things that he has said, or worse, believes. Describing freedom of speech as a “cloak”, as if it is some kind of legal loophole, is a dangerous stance to take.

Freedom of speech is amongst the most crucial rights we have in our society and it is one we relinquish at our peril. A forum for divergent opinions has been crucial for the progress of western society; our most socially consequential steps forward have been expedited through freedom of speech, not the law courts. Politicians repeatedly speak of needing to deal with global terrorism but the ‘War on Terror’ is really a war of ideas, those of western, liberal democracy versus those who wish to curtail said freedoms and implement a homogenous ideology. In tackling such an ideology, we must not resort to removing the liberty to possess and publicise opinions, “however abhorrent”. It is worrying therefore to hear David Anderson QC, the government’s reviewer of terrorism legislation, refer to “useful offences [for prosecutors to use to charge people spreading radical ideas]”. The law is not a tool to be used to silence those whose views we find repulsive or ‘radical’. In fact, it is these views that freedom of expression, if it is to mean anything, must protect.  Legislation is too blunt an instrument to defeat the ideology those such as Choudary promote, in fact, it is counter-productive. Suppressing bad ideas does nothing to defeat them. It merely forces them underground where they go unchallenged. The only way to counter such ideas is to know what they are, know who holds them, and publicly tackle them with superior ideas.

There is another, pragmatic point to be made regarding this conviction. If anyone thinks that by criminalising, prosecuting and imprisoning those who promote ideas we find repellent, we are making headway into fighting these ideas, they are kidding themselves. For a long time, UK prisons have been breeding grounds for Islamism and Jihadism. Introducing someone with the commitment, charisma and track record of Anjem Choudary is unlikely to improve this. Equally, removing a figurehead of the movement does not help to halt the movement. In fact, often this helps to martyrize the person in question and Anjem Choudary appears to be no different: http://news.sky.com/story/choudarys-followers-still-posting-online-videos-10544212

When acted upon, the ideas of those such as Anjem Choudary pose a genuine threat to our society. Criminalising ideas or the promotion of them however, is not the way to ultimately defeat them. We must defeat ideas with better ideas or we risk destroying one of the pillars upon which our civilisation is built, the right to freedom of thought and expression. Unless Choudary is guilty of being directly involved with acts of terrorism he should be freed. Holding and expressing beliefs, however unpalatable, is right that we must protect, now as much as ever.